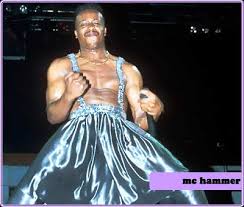 The title says it all! The following advice was given to me by a club owner, and comic, who gave me an opportunity at an open mic, then eventually gave me my first paying gig. If you have been hired to MC a night of comedy or are ready to take that plunge to ask for an MC opportunity, then this blog is for you! Even if you’re just interested in a behind the scenes look into the business of stand up comedy, read on!

1. Should I be doing the same set, (which I have cultivated at your club, picking the bits that got the most laughs,) on every show? I will be performing 7 sets throughout the week.

You should do all your best stuff.  Ask “how much should I do upfront?”  STICK TO YOUR TIME – you are a PART of the show, not THE show.  DON’T ask the audience questions (you will get someone yelling out the answer) just do your stuff.  Watch your pace, if they aren’t laughing, pickup the pace, if they are laughing, slow down and LET THEM LAUGH.

arrive early, don’t ask for any comps, your wife, girlfriend, friend, ride, nothing.  DON’T drink, just water.  Don’t try to “be on or funny with everyone”  Save it for the stage.  These people see comics every week that try to be the funniest, just be pro.  Remember, your there to do a job, not be Prince Charming to everyone.

dress professionally, make sure you ask all the comics for the intros and how they want to be brought up.  As the MC – YOU are responsible for keeping the show going and the enrgy UP.  YOU are he shows cheerleader.  If someone doesnt do so hot, YOU gotta bring it back.  Have at least 1, 2 jokes prepared for in between comics, not that you have to do them, just in case.  Ask the comics, “do you want mt to do any time before I bring you up?”

3. About how many more minutes should I prepare after the feature act has completed his set. (The performances will follow the traditional lineup; Opener (M.C.), Feature, and Headliner.

I would have 2-3 jokes prepped, but ASK the headliner.  A lot of guys want to just keep the show going, don’t do anytime, just bring me up, kinda thing.

4. Would it be appropriate for me to suggest the opening music to the night prior to me taking the stage?

NO – let the club decide, they could put you up to orchestra if they wanted, just listen for your name and then go on.  Its their club and their thing, THEY will decide.  Remember, YOU are the shows cheerleader, so BRING it.  Go up and clap and say “come on guys – let me hear ya!”

This site uses Akismet to reduce spam. Learn how your comment data is processed.